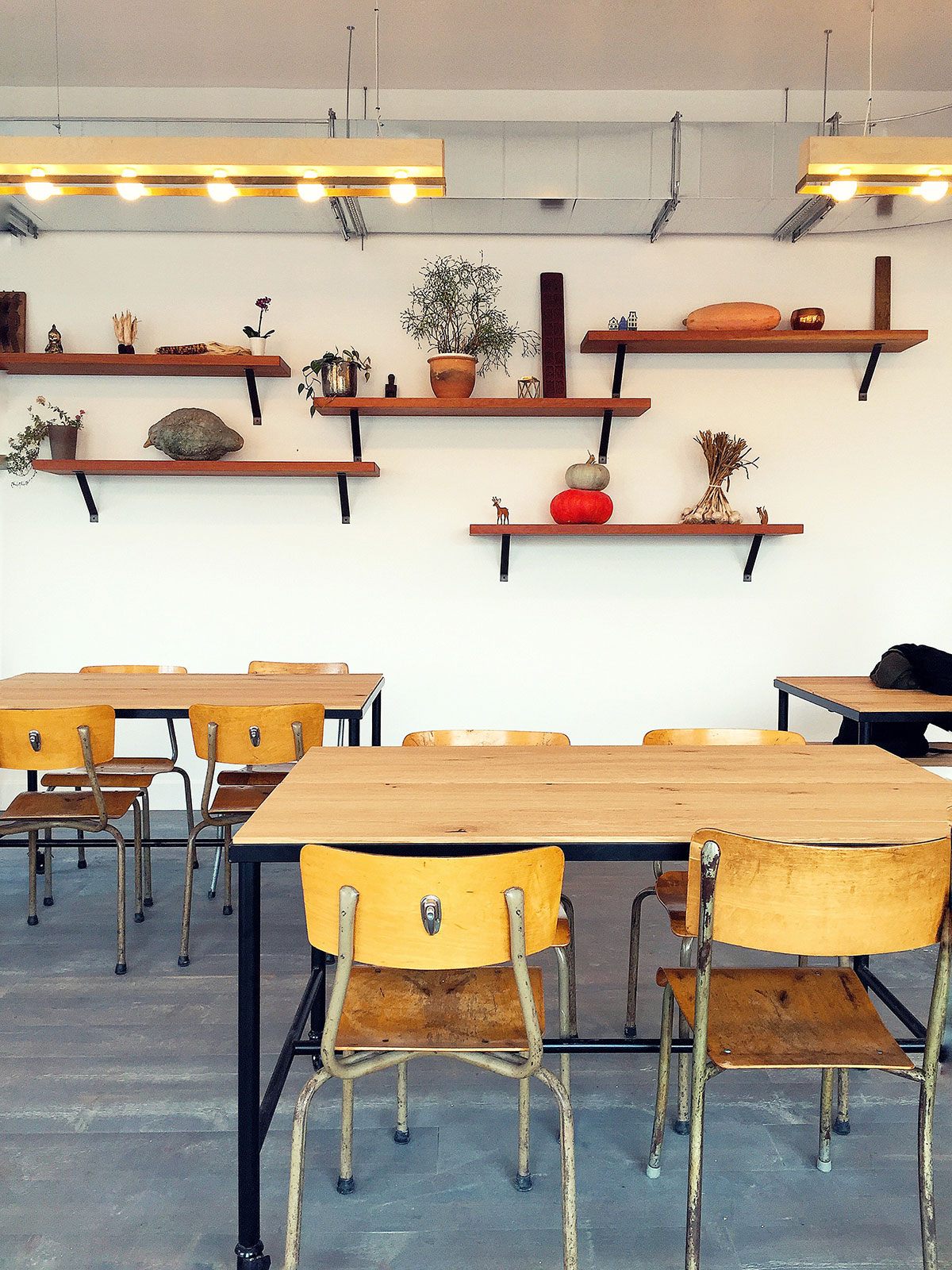 I can’t believe it’s been five months since my last Current Crush! Quite a few restaurants and cafés have opened since and I have given up trying to keep up but I’m sharing the few that I have had time to visit. Enjoy this edition and don’t forget to check out the other Current Crushes here! This is the best ramen place in Montreal, period. The menu is quite succinct with a few appetizers/sides and a couple of different ramen variations. If you only have one to pick, make it the tonkutsu ramen with a rich pork bone broth and thin chewy noodles. The broth is cooked for hours and the steaming bowl of ramen comes with perfectly cooked slices of pork and your choice of toppings from a check list menu. A warning though, you will crave this, especially once the temperatures start dropping. 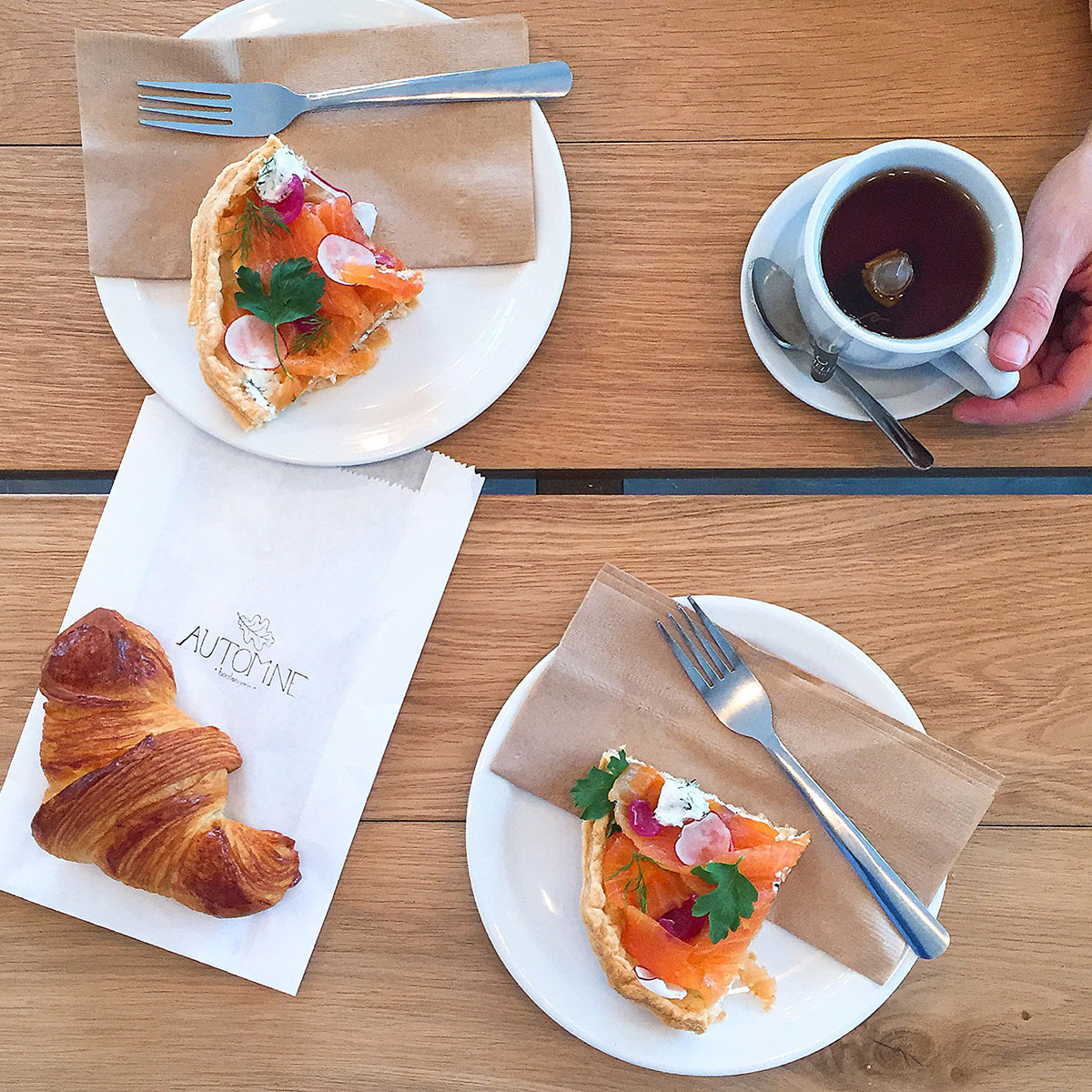 I was so looking forward to this opening, which ended up happening while I was in London, boo! However, I had stopped by for a sneak peak before leaving and got a taste of the heavenly fig and anis bread. I went back after I returned and had the smoked salmon tart and a croissant that had just come out of the oven. Can I just say that the croissant is so flaky and buttery it might have made its way to the top of my list of best croissants in Montreal? Automne is acclaimed chef Seth Gabrielse’s and award-winning bread baker Julien Roy’s new project, a neighbourhood bakery where things are done slow and right. They are getting a little help from Montreal bread guru James Maguire and chef Michelle Marek to start and from what I have seen and tasted so far, this is an outstanding addition to the Montreal artisanal bread scene.

Automne Boulangerie has been added to my guide to Montreal’s bakeries and pastry shops!

I stopped by this small Italian eatery for a quick snack one week end afternoon and was pleasantly surprised at how delicious their Roman-style pizza is. Located on Parc Avenue in the heart of the Mile End neighbourhood, the no-frills restaurant has been open for a few months and is helmed by chef Publio Carboni, who grew up in Italy. I only tasted the pizza but the other Italian specialties, including homemade pasta, looked delicious as well. 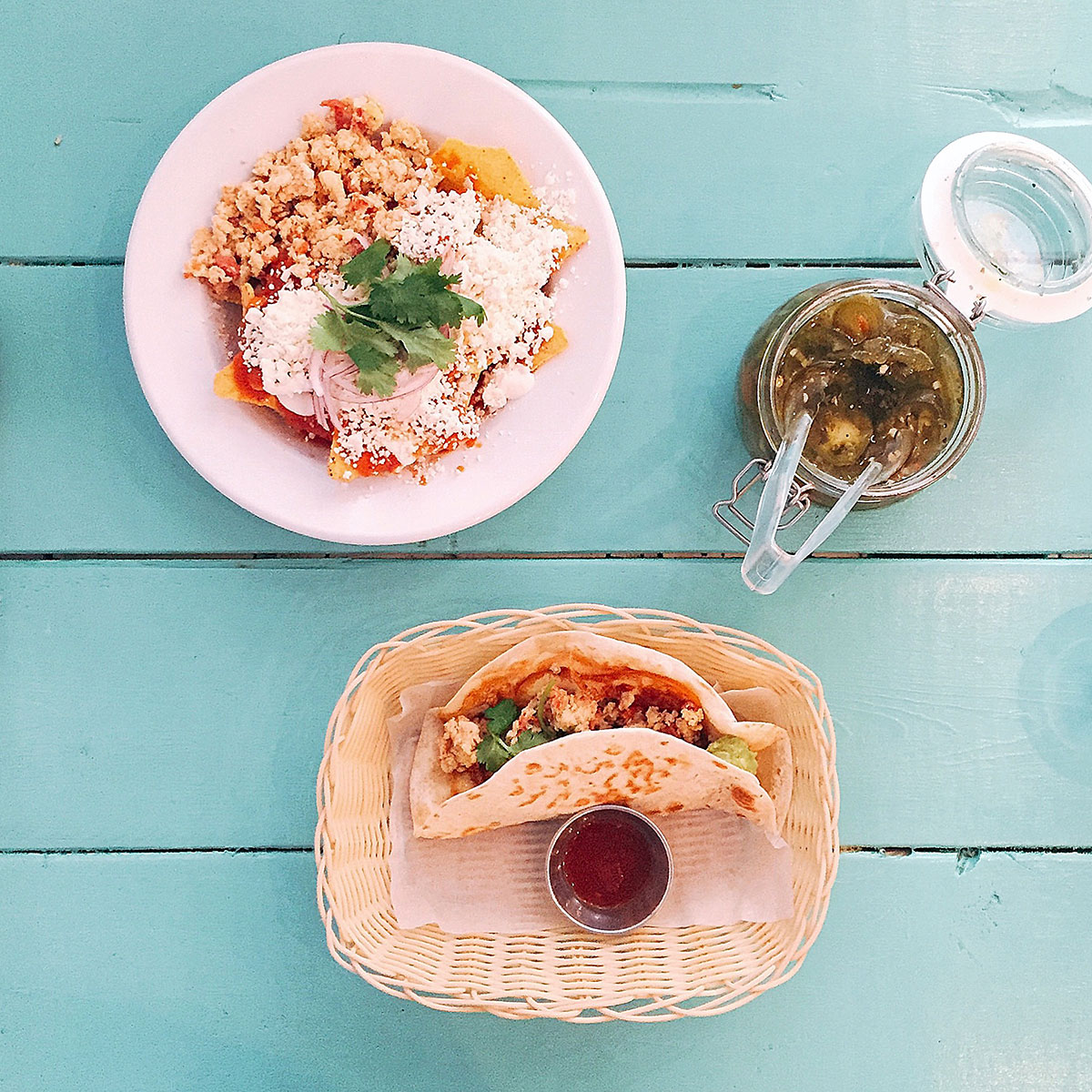 Chilaquiles for brunch at Torteria Lupita

I originally was planning on brunching at Arthur’s Nosh Bar but I ended up at Torteria Lupita instead, where I sampled some of their brunch menu items, like the delicious chilaquiles. Lupita is a new endeavour by Olive & Gourmando alumni Sandra Soto who is of Mexican origin and wants to share the food she grew up with. The dining room is a no-frills, light filled space with bright touches of colours that transport you to sunnier destinations. The brunch items were delicious but I hear their tortas (sandwiches) are incredible so I will have to make my way back to that part of town again soon to give those a try.

I feel like the rate of independent cafés openings in Montreal has increased tenfold. I can’t keep up anymore but here are some of the ones I visited lately. I also recently visited Café Bonita and Le P’tit Dep, which I included in my post on colourful eateries here. 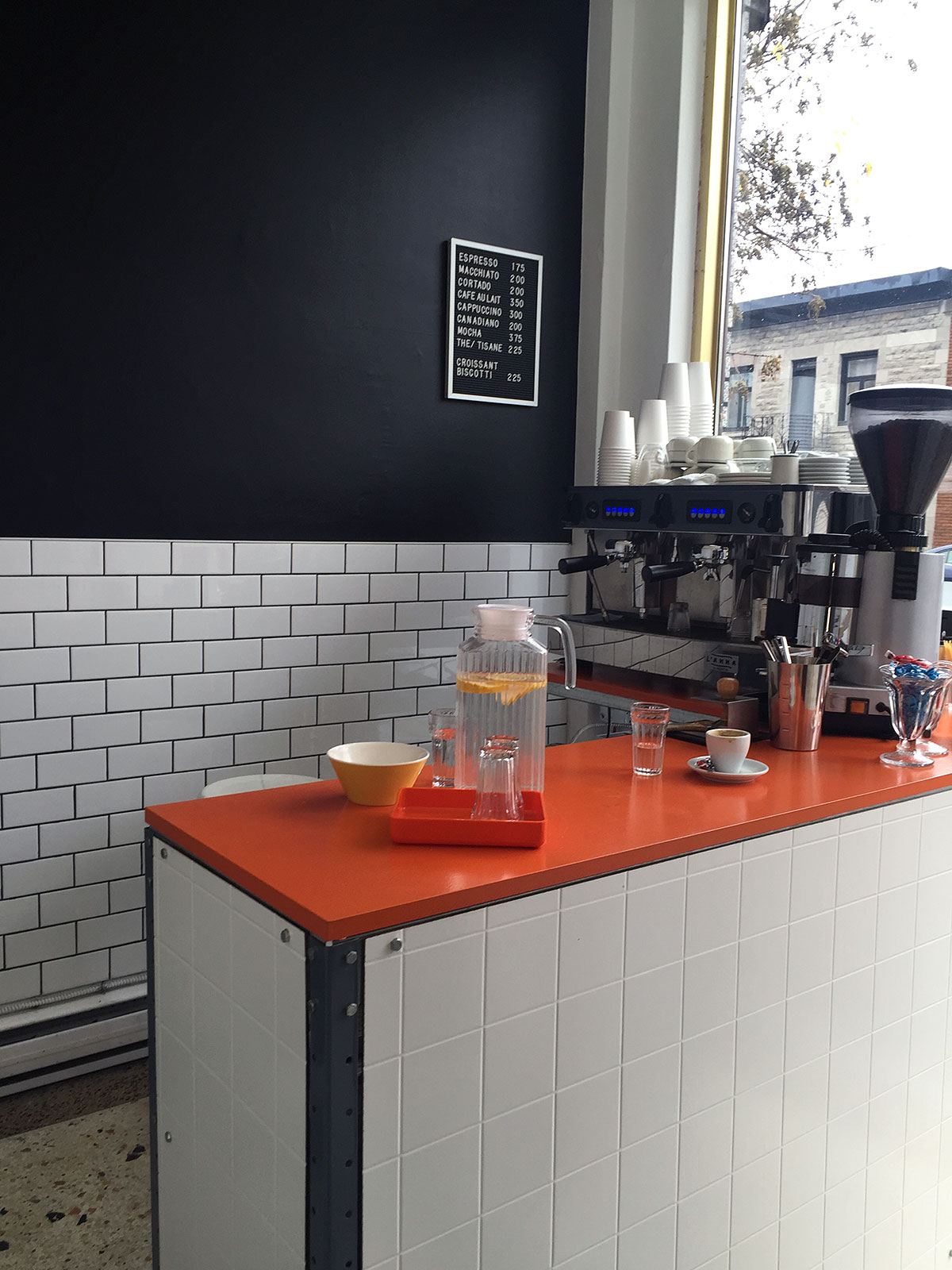 The tiny but pretty espresso counter at DOMO café

This tiny espresso corner is attached to the charming DOMO store that sells vintage Montreal memorabilia. The espresso is good, the store cat is a gorgeous and feisty girl, the owner is welcoming and passionate about Montreal and the memorabilia is a labour of love that you will surely fall for.

This newish café comes from Jean-François Leduc of Café Saint-Henri. Maesmi–which stands for “Masson à l’est de Saint-Michel”–is a light flooded space with a few tables along the windows and a large open kitchen busy with baking for this café as well as other Café Saint-Henri spots across the city. It seems to be a great addition to the neighbourhood with many families walking in and out during the few hours I was there. It’s also a great spot to get some work done and the coffee is flawless, as it is in all Café Saint-Henri stores.

I never thought the 46-year old Mile End institution would ever open a second location but here it is, a brand new spot located on the ground floor of the gorgeous and equally new William Gray Hotel in Old Montreal. It’s the same great Italian-style cup of caffé, served with the same unpretentious attitude.