Travelling through food: on the trail of Jamaican jerk 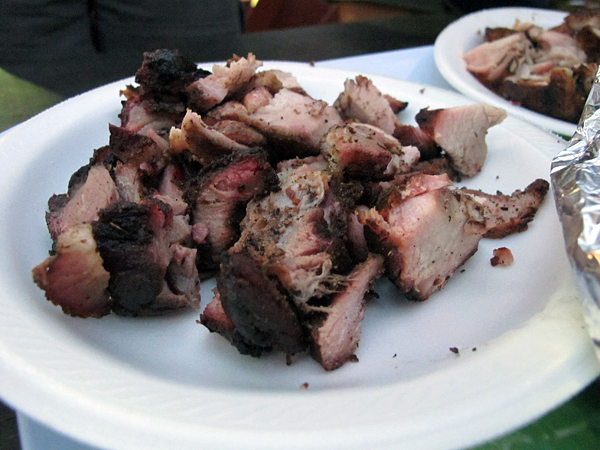 Perhaps one of the most famous of Jamaican dishes is jerk. Even more than patties, ackee or callaloo, jerk is the one dish that is synonymous with the island nation in every major city in the world. However, even though you may think that the jerk chicken or pork you had in that little authentic Jamaican hole-in-the-wall in your city is the real thing, it is not. It is, in fact, impossible to have authentic jerk outside of Jamaica and here’s why.

Jerk is two things: it is a cooking method and a recipe, or rather, a marinade, with which any meat can be flavoured, from chicken to goat to fish. It’s composed of quite a few ingredients that lend a complex, spicy, deep flavour to the dish. Onions, scallions, garlic, soya sauce, fresh ginger and thyme, scotch bonnet peppers and of course, Jamaican pimento (or all-spice) all contribute to that authentic Jamaican jerk flavour. Just like all traditional recipes though, every cook adds his or her own twist to it but the basic recipe remains the same. 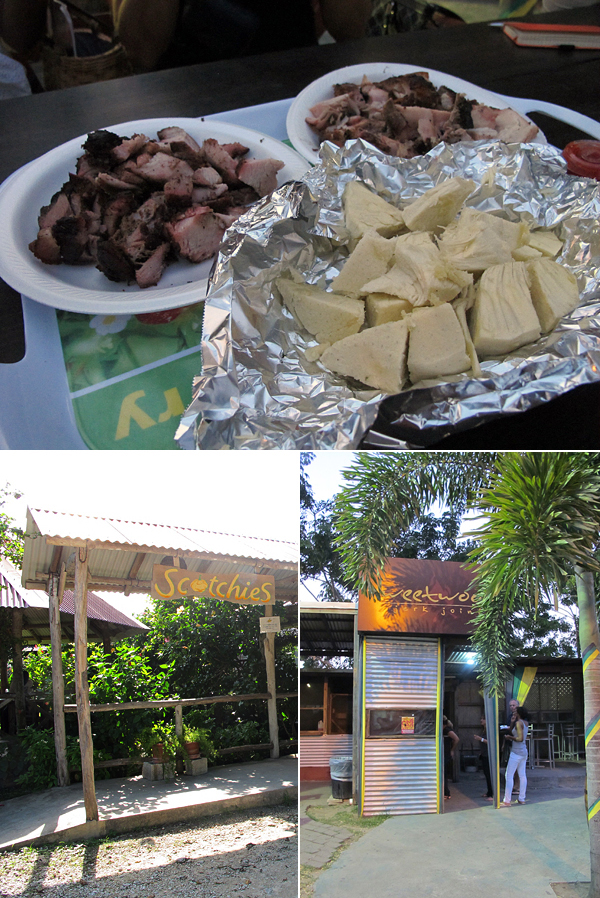 Jamaican jerk was born from the unintentional collaboration of the island’s native population and the African slaves imported by the first Spanish conquerors. When the conquerors were themselves conquered by the British, their slaves were freed and fled to the mountains where they encountered the native island people. Jerk is the happy marriage of the African slaves’ spices and the natives’ cooking method.

The meat is ideally left to marinate in the jerk seasonings overnight in the refrigerator. It is then placed directly on branches of pimento wood to grill. An authentic jerk joint is comprised of a brick or stone pit into which charcoal of pimento wood goes. The pit is topped with a metal grill on which the branches are placed. The meat goes on the branches and is covered with big sheets of corrugated steel. The raw wood is rotated by 15 degrees every once in a while to prevent it from burning. When it’s all used up, it’s removed and used as charcoal to feed the fire. Authentic jerk joints like Sweetwood and Scotchies can grill up to 200 flatten chickens a day and up to 10 whole sides of pork. When the meat is ready, it’s removed from the fire, cut into smaller pieces and served simply on a piece of foil paper. It’s eaten with a (secret) hot sauce made of scotch bonnet peppers and an accompaniment of bread fruit, festival (a sweet Jamaican bread) or plantain. The pork trimmings are used to make a sausage that’s cooked in the fire wrapped up in foil paper. The way the whole jerk system is concocted is remarkable. There’s no waste at all, whether we’re talking about the meat or the wood.

Some of the best meals I had when I was in Jamaica this past November took place at Sweetwood in Kingston and the Scotchies outlet near Ocho Rios. The meat was always juicy, tender, spicy and just delicious. The sauce recipe at either one of these famous spots is a well-kept secret that kicks a punch but it absolutely essential, in my humble opinion.

But what is a person to do when you are craving jerk and have no access to jerk wood to grill on? Don’t fret, because you can use the jerk marinade at home and then braise the meat in the oven at low temperature. I also had a couple of very different takes on jerk while I was in Jamaica. At the cooking school at Cardiff Hotel & Spa in Runaway Bay with chef Dennis MacIntosh, we learned how to make the jerk marinade and season some pork and chicken skewers with it which were then cooked in the oven. Delicious! Equally delicious was the plate of jerk spaghetti at Evita’s Italian restaurant overlooking the Ocho Rios bay. The pasta was perfectly cooked, seasoned with a jerk sauce and dotted with jerk pork sausage. It was our last meal in Jamaica and it was perfect.

Check out my other posts on Jamaica: Jamaica’s Blue Mountain coffee and the Sun Valley fruit and spice plantation. 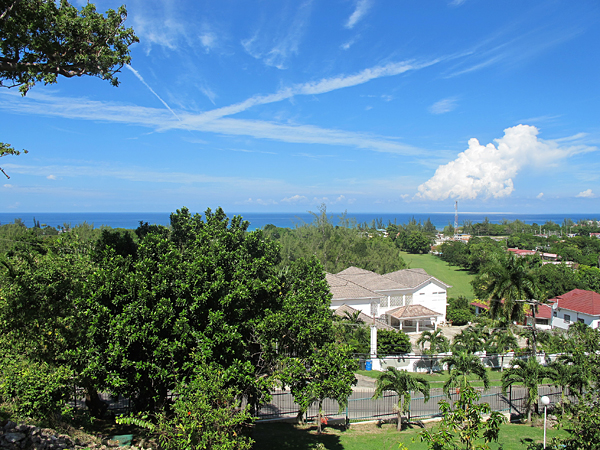 There are quite a few direct flights from Montreal to Montego Bay every week. Some of the airlines offering flights are Air Canada Vacations, Sunquest, Sunwings, Westjet and Air Transat. It’s about a 1.5 hour drive from MoBay to Ocho Rios. If you stay at Sandals, your roundtrip airport transfers are included. You can hire a private driver to drive you to Kingston from either Montego Bay or Ocho Rios (there are plenty of companies that do this and would stop at jerk stops along the way, as requested). You can also stay at the lovely Cardiff Hotel & Spa in Runaway Bay. The view from the hotel’s pool area is breathtaking!

For more information on Jamaica, check out the Jamaican Tourism website: Visit Jamaica.

La Pineta, a magical restaurant on the coast of Tu...

Top things to see and do in Curaçao