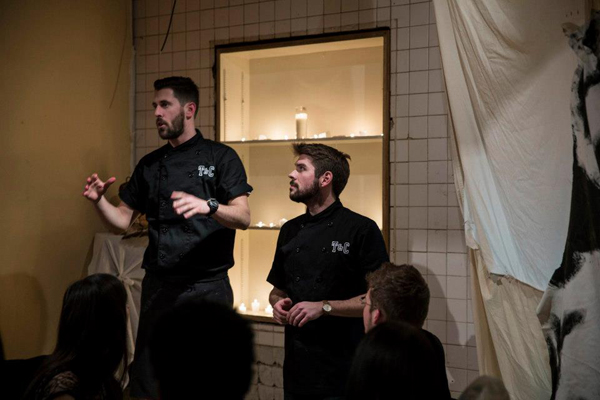 I had missed the last couple of events by Tripes & Caviar so I was really looking forward to their SCALP evening that took place a couple of weeks ago. I’ll admit that I was also a bit worried about what we would be served. I had heard rumours that the T&C guys are just a little bit on the crazy side but I do love their nose to tail philosophy and was anxious to attend one of their events. 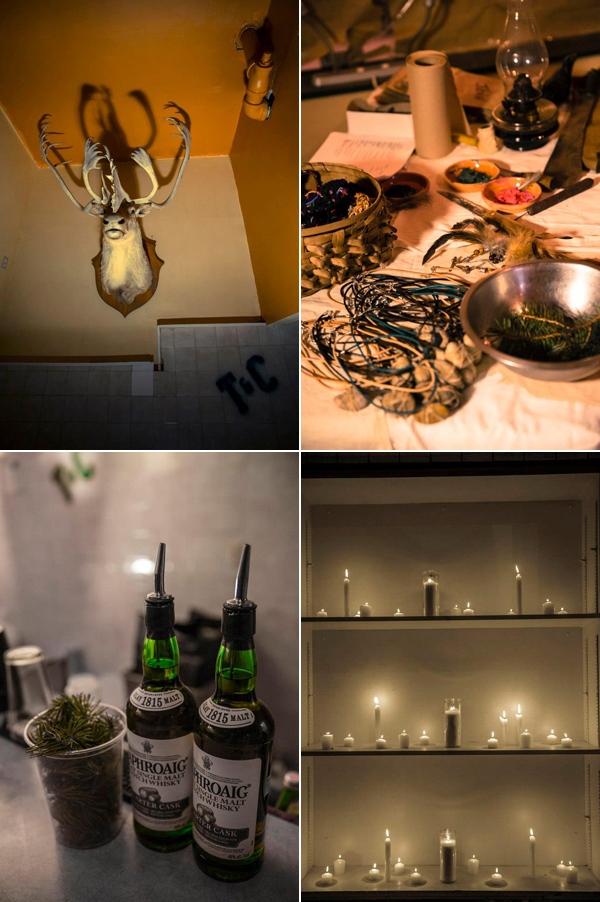 The T&C underground “food club” was founded in 2011 by Jean-Michel Leblond (aka John Mike) and Patrice Plante. Their mission is to create private events with a focus on outstanding cocktails courtesy of mixologist Plante and delicious cuisine using all those nasty bits we tend to discard courtesy of chef Mike. One key ingredient that contributes to the success of every T&C event is the great energy and charged ambiance that permeates the evening from beginning to end, starting with the revelation of the secret location 24 hours ahead of time by text message. 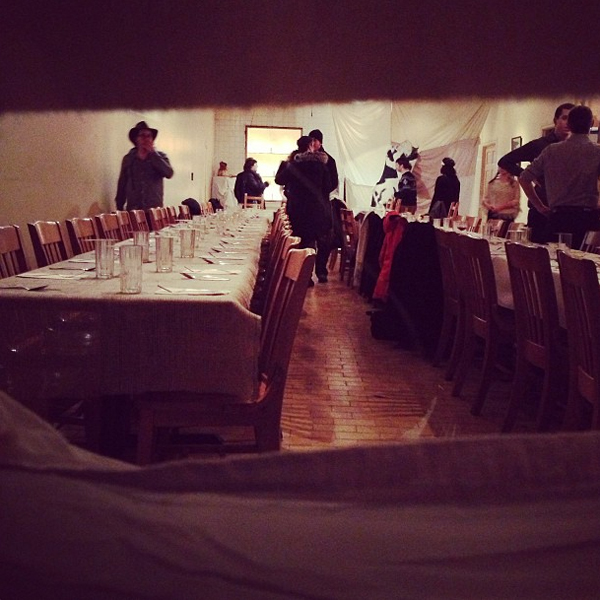 A sneak peak at the T&C SCALP event

When we arrived at 3725 Wellington that night, a big curtain was blocking out the dining room. I did manage to sneak one picture in (see above) before our cell phones and watches were confiscated at the door. I hadn’t signed up for that part and I must admit that the control freak in me started hyperventilating just a tad! I feel so lost without my trusty iPhone! As my friend Eve pointed out, if I can’t foursquare, tweet, facebook, instagram and foodspot throughout the evening, then was I really there? Don’t fret friends, because the panic attack is only temporary. According to John Mike, confiscating cell phones pushes people to interact more IRL (that’s internet short code for “In Real Life” folks). It indeed did push us to interact more with our fellow diners instead of documenting every single dish. Although I really would’ve liked to immortalize that crunchy cajun-spiced cricket that was sitting atop my smoked fish and wild hearts dish, or any of the other interesting dishes that followed, be it wapiti tongue or my favourite of the night, pan-seared hare kidneys, Brussels sprouts, mushrooms, potatoes and guanciale accompanied by bannock, a Native American bread made with cattail flour. The night’s theatricals continued with the Jackson Pollock-inspired dessert being plated “Alinea-style” on two huge tables at each end of the dining room to the beat of an accompanying musical score. 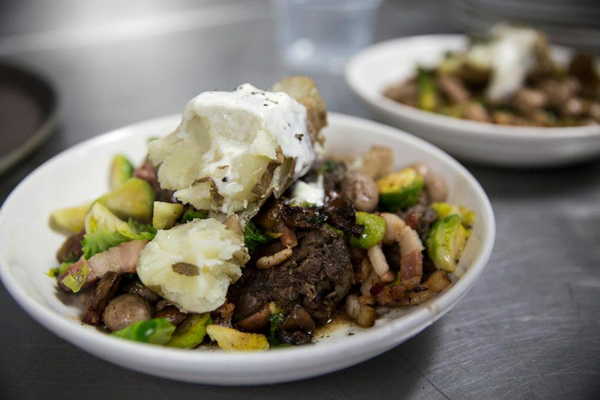 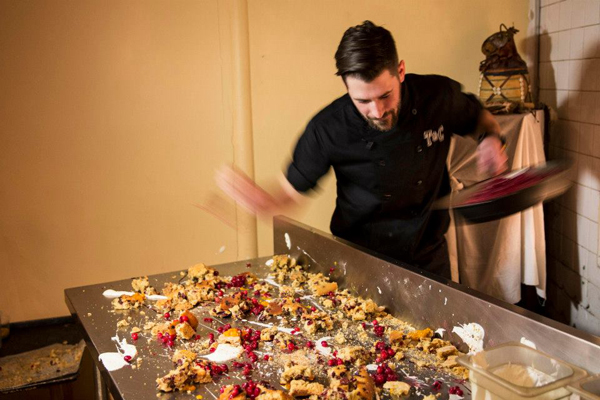 The choice of location for this month’s Tripes & Caviar event wasn’t accidental. The T&C team will now have permanent digs at 3725 Wellington street in Verdun. The restaurant will reflect their philosophy as well as serve as headquarters for all their catering events. When it opens in April, expect a kick-ass cocktail bar, some world-class housemade charcuterie, a deli counter, a lot of offal as well as more mainstream dishes, an electrifying ambiance, and a bright and beautiful team to run it all.

For more photos of the night, check out the Tripes & Caviar facebook album here. You can also take a look at the great video that was shot that night.

The Paris Popup events are back in Montreal and Qu...