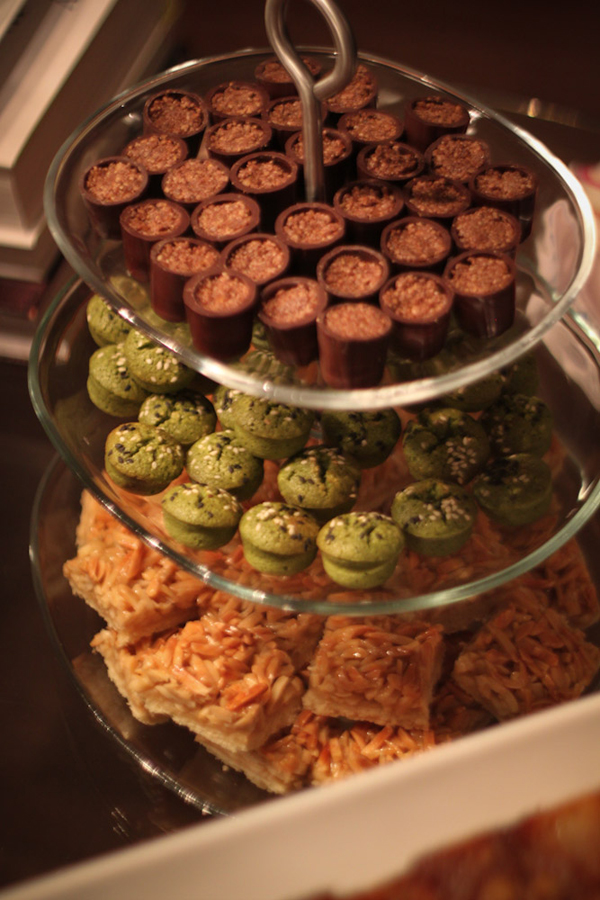 I debated whether or not to have my fourth annual dessert party this year. I was tired and lacking time and the holidays were around the corner much sooner than I realized! I finally decided to keep the tradition going but the idea of having to search through all my bookmarked recipes, my favourite dessert websites or blogs and my stacks of books to plan this affair was daunting. So to make my life easier, I decided to limit myself to the stacks of cookbooks piling up on my floor and that I’ve been meaning to cook or bake from.”Limit” might be the wrong term here since I have more than enough choice with the cookbooks but still considerably less than surfing the World Wide Web…  The dessert party would be the perfect opportunity to test my books and it was so much fun flipping through them and trying to come up with a list of desserts to make. I took the book theme even further by placing piles of them on my table and using them as stands for the desserts! 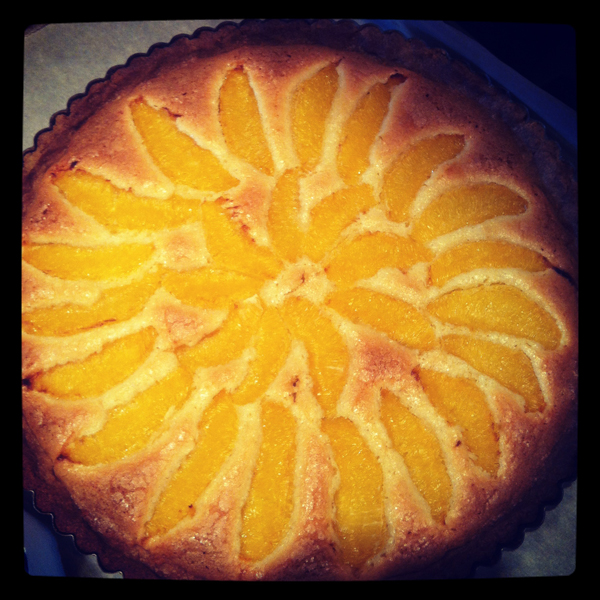 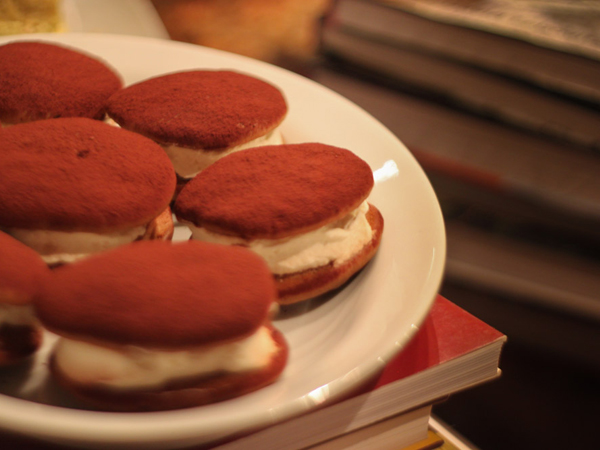 For this year’s party, I had decided that I wanted to make 13 desserts but somewhere between the 45th and 46th hour, I finally decided to drop one and make it an even 12 instead. I listened to my own advice of “being flexible”. If you haven’t read my post on last year’s dessert party, you’re probably how on earth do you go about baking 12 desserts in 2 days without driving yourself crazy? Well, you do it by being very organized… and by always having fun, otherwise what’s the point? You can read my check list on how to throw a dessert party here. 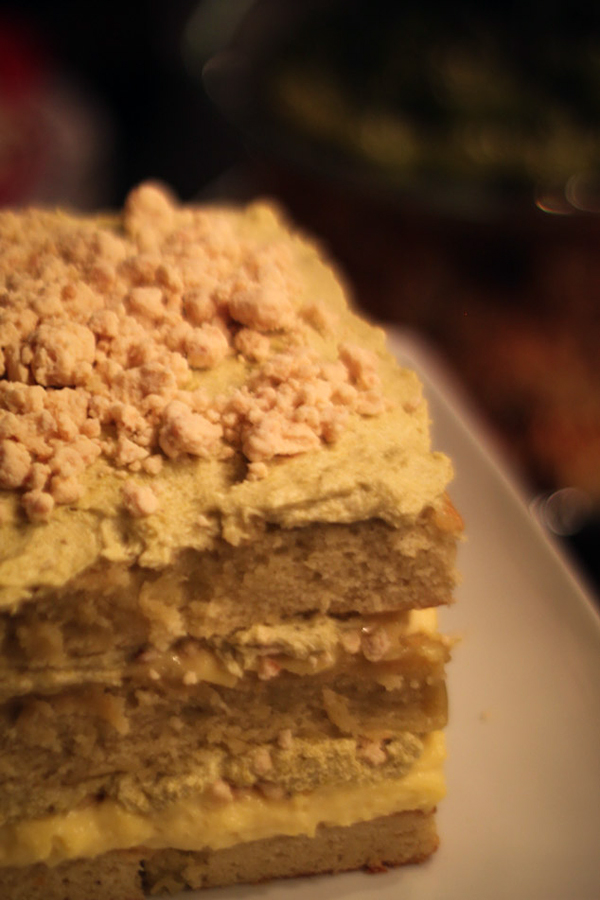 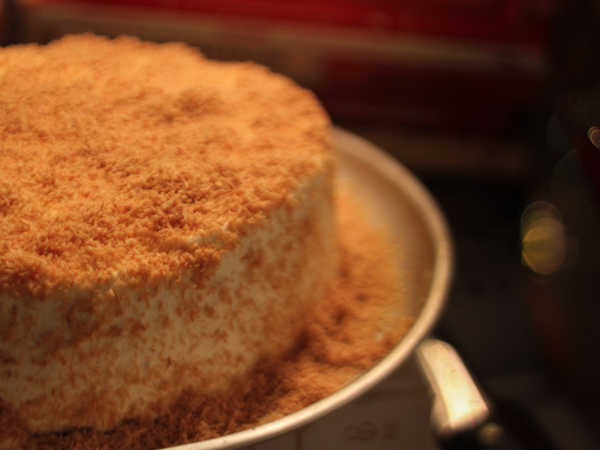 I’m so glad I decided to go ahead with this party! It’s as much fun spending time in the kitchen baking all these desserts as it is to watch my loved ones enjoying them. Here’s the list of the sweet treats on this year’s roster and the books they come from. I had made a couple of these before and posted the recipes on this blog but most of them were brand new recipes. There were some clear favourites among the desserts, mainly Doris Greenspan’s orange almond tart and Mowie Kay‘s whoopie pies (recipe here). I have since made both of these desserts again. Will there be a 5th annual dessert party next year? Most probably, because it was just too much fun; and I will try to go for 13 desserts next time!