The Aviary is the most awesome cocktail bar in America! 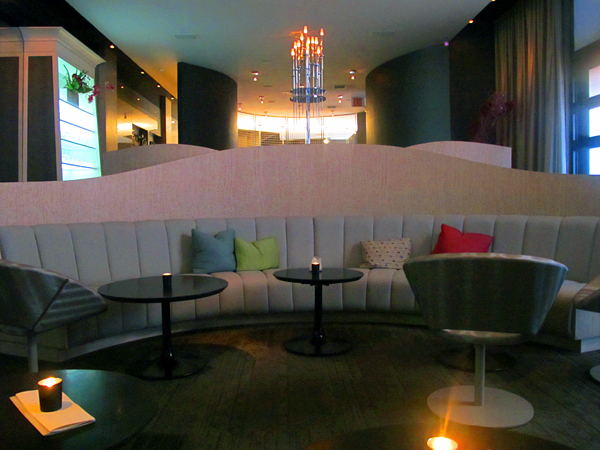 A view from where we where seated

I know that the title of this post is a bit over-enthusiastic and makes a strong statement but I believe the many accolades The Aviary has received only prove it right.

The Aviary is like no cocktail bar I’ve ever been to. It’s probably like no cocktail bar I’ll ever go to in the future and all other libations will, from here on end, pale in comparison. It is owned and operated by chef Grant Achatz and Nick Kokonas, the same two visionaries who own and operate Alinea and Next. Now that I have dined at Alinea (I hadn’t when I went to Aviary) I can safely say that Aviary has that same sense of playfulness and creativity as Alinea. 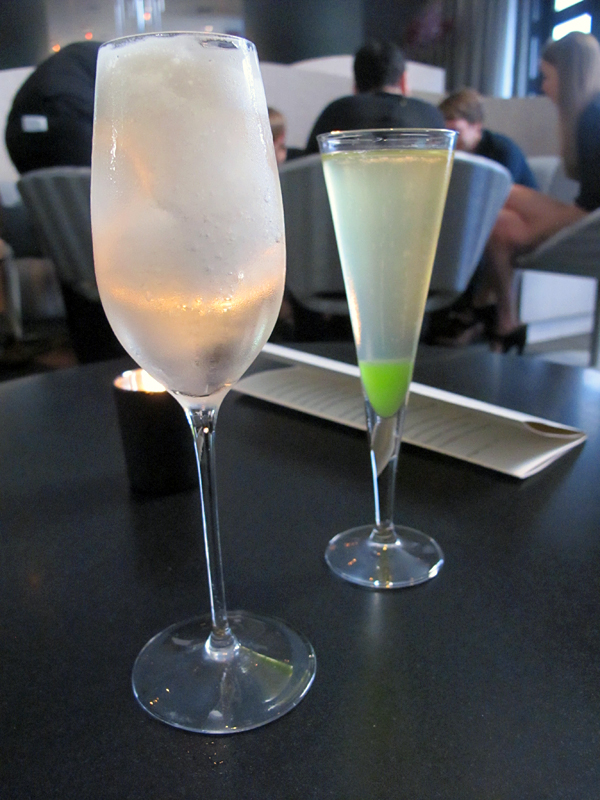 The Aviary elevates the art of the cocktail to a standard I’ve never experienced before. It’s like being in a four-star restaurant where drinks are the main attraction. There’s a whole state-of-the-art kitchen and a whole team of talented chefs who all look like rock ‘n’ roll stars dedicated to making these complex concoctions that are as delicious as they are beautiful. The kitchen is the first thing you see when you enter Aviary. It is located right at the entrance, behind a huge metal grid and has the feel of a mad scientist’s lab where smoke, fire and ice are all part of the prep as you can see in this video I shot of the kitchen action.

The decor is exquisite, the seating arrangements along semi circular lush banquettes is comfortable and the lighting is a bit brighter than it would be in a “regular” cocktail bar. After all, one needs to see what one’s being served since most of the cocktails come with a show table side, or, at the very least, in some interesting serving accoutrements. The service itself is impeccable and the tattooed, knowledgeable waiters fit the chic yet unpretentious ambiance perfectly. 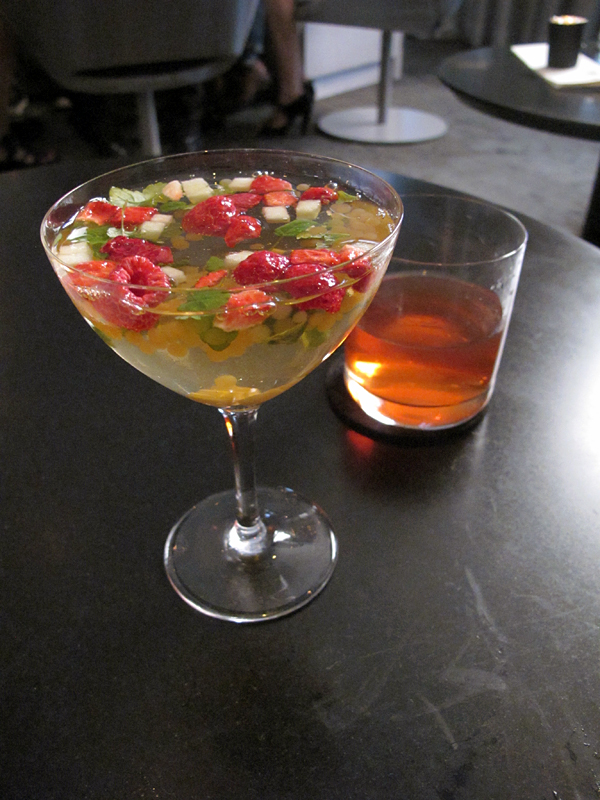 The menu is divided into 3 parts: an à la carte menu containing several cocktails as well as spirits, a prix fixe tasting menu of 3 cocktails and an elBullí menu that contains drinks and bites and snacks. I am assuming that this third part changes whenever the menu at Next – which is located right next door – changes, and that’s usually every three months. 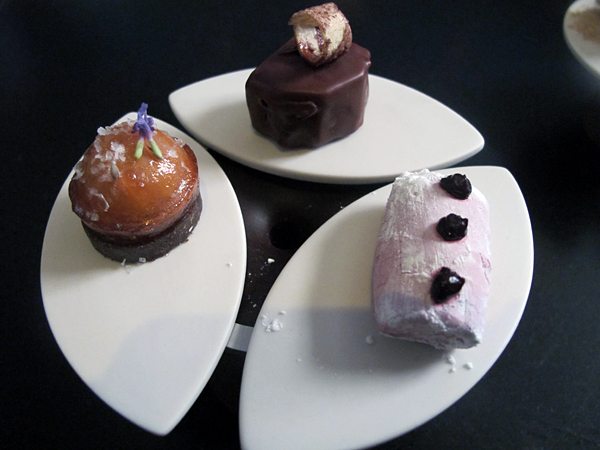 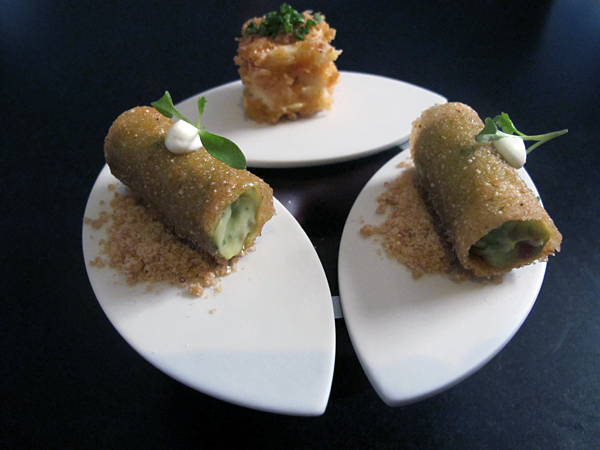 Eve chose to go with three drinks from the tasting menu, which is divided into three parts, each comprised of four drinks. I chose to go with three cocktails from the elBullí menu. We also got some bites of course, three each to start with, then three more for each one of us. We only stopped because we had dinner reservations at North Pond later that night. The bites are tiny, must be ordered in sets of three and cannot be shared. Oh and they are just divine! Each bite is like an explosion of flavours! I will never forget Eve’s face when she bit into the chocolate brioche bite! It made me order what she was having! 🙂 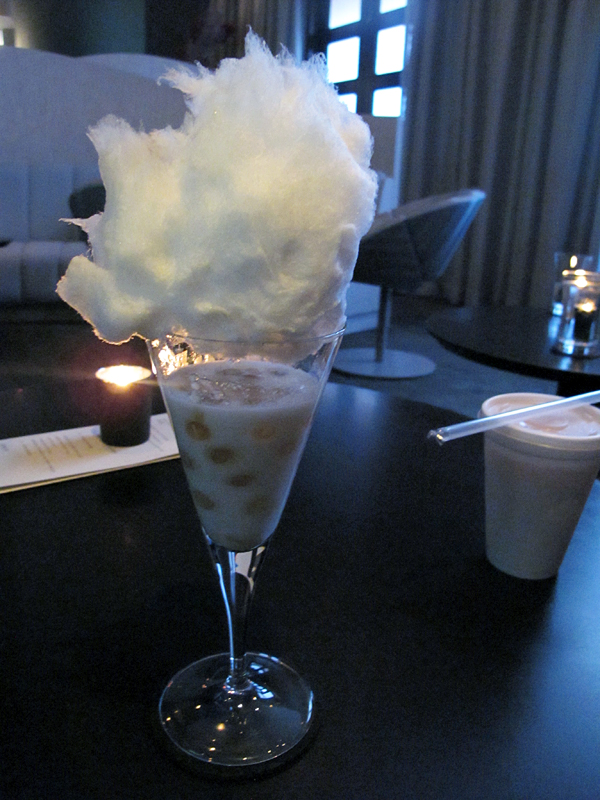 Having cocktails at The Aviary was definitely the most fun night out I had in Chicago. I was almost as excited when I managed to snag reservations there than I was when I got my Alinea ones, probably because reservations at The Aviary somehow seemed harder to get. If you are planning on reserving, here’s how to do it: you must send in your request by email detailing the date, the desired time (6pm, 8pm or 10pm) and the number of people in your party. Don’t forget to include your cell phone number as well. They will contact you by 4pm on the day of the reservation to let you know if you got in.

You may also want to reserve the chef’s Kitchen Table, which is located in the kitchen, for a 10-course cocktail tasting menu, paired carefully with crafted bites of food for $165.

I have one more post on Chicago to publish and that’s the one at Alinea. It’ll be done in a few days so check back soon!

Don’t forget to check out my Chicago Google map for more tips on this beautiful city. Click here to see all my posts on Chicago.

Musings on and in a coffee shop